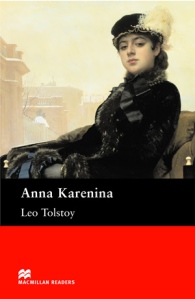 I’m re-reading Anna Karenina, which I first read (and loved) as an undergraduate English major many years ago. My husband and I even included a quote from the novel in our wedding ceremony, as a realistic counterpoint to more romantic readings:

Levin had been married three months. He was happy, but not at all in the way he had expected to be. At every step he found his former dreams disappointed, and new, unexpected surprises of happiness. He was happy; but on entering upon family life he saw at every step that it was utterly different from what he had imagined. At every step he experienced what a man would experience who, after admiring the smooth, happy course of a little boat on a lake, should get himself into that little boat. He saw that it was not all sitting still, floating smoothly; that one had to think too, not for an instant to forget where one was floating; and that there was water under one, and that one must row; and that his unaccustomed hands would be sore; and that it was only to look at it that was easy; but that doing it, though very delightful, was very difficult.

A film version of Anna Karenina was released this fall, but I didn’t rush to see it. Try as I might, I’m not much of a Keira Knightley fan; I had a hard time imagining her as Anna. The film trailer I saw felt precious and overwrought: “An epic story of love” (cue the swelling violins).

Around the same time, though, a The New Yorker blog post by Jonathan Rothman caught my eye: Is Anna Karenina a love story? I didn’t remember it as a love story—certainly not the Anna part; the Levin/Kitty plot is more about love, but even then, not a love story. “What really interested Tolstoy wasn’t love, per se, but its extreme consequences,” says Rothman:

In “Anna Karenina,” love can be a curse as well as a blessing. It’s an elemental force in human affairs, like genius, or anger, or strength, or wealth. Sometimes it’s good, but sometimes it’s awful, cruel, even dangerous. It’s wonderful that Levin and Kitty fall in love with one another—but Anna would have been better off if she had never fallen in love with Vronsky.

Reading these reflections on Anna, I wanted to re-visit this classic. Rothman notes that the novel, as opposed to the film:

. . . can take its time, showing how these characters struggle and hesitate, think and watch, imagine and debate, suffer and forgive. It can rise above the very human questions of admiration and condemnation, above the might-have-beens and should-have-dones, and simply say: this is the way things are. Be thankful for your happiness.

I am taking my time enjoying this novel, which is so lavish in its descriptions of thoughts and feelings and places and things. I never forget that writing is agony, burden, and chore—even, perhaps especially, for great writers. But I can’t help feeling that Tolstoy also reveled in writing this novel, this world he created, these people he set in motion to seek—and sometimes find, and sometimes destroy—happiness.